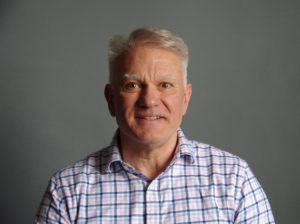 His civil rights and social justice work includes fighting for marriage equality, expanding employment protections for transgender individuals, and eliminating discriminatory practices against people living with HIV. He led a coalition of HIV rights organizations in ending the U.S. ban on HIV positive tourists and immigrants. He also spearheaded a capital campaign to build the Frank Rice Women’s Shelter in downtown Los Angeles.

While at the helm of HALSA, his attorneys represented an HIV-positive Guatemalan family seeking protection in the United States. Living in a small village in Guatemala, the family was awakened in the middle of the night choking on smoke. Neighbors had set fire to their house in an attempt to chase the family out of the village because of their HIV status. Due to the work of HALSA, the family was granted asylum in the U.S. and now lives in the Lincoln Heights area of Los Angeles.

Mr. Oldfield holds a Masters in Business Administration and is an Adjunct Professor in The College of Continuing and Professional Education at Cal State Long Beach. He also teaches at BoardSource, the Long Beach Nonprofit Partnership and other nonprofit think tanks and support organizations. He is considered an expert in nonprofit leadership and holds numerous certifications from BoardSource in areas such as nonprofit board development, strategic planning, fundraising and the board/CEO partnership.

Mr. Oldfield is the author or editor of 3 books including: The Nonprofit Answer Book, Recruiting a Stronger Board, and Fundraising Fitness.

Mr. Oldfield also served as a political advisor on LGBT and HIV/AIDS issues to the late Congresswoman Juanita Millender-McDonald and former Long Beach Mayor Beverly O’Neill. Currently, he serves on the Advisory Council of the LAC + USC Medical Center Auxiliary, on the Board of the National Association of Torture Treatment Centers, and as a youth mentor for the Point Foundation.