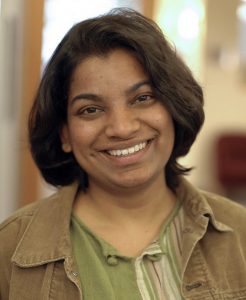 Carol Gomez, LCSW., Clinical Director, joined the PTV family in 2015. Born and raised in Malaysia, she moved to the US under a full scholarship for her B.A in Women’s Studies and International Development from Mount Holyoke College. She went on to receive her MSW from Simmons College in Massachusetts. Throughout her career, Carol has worked on trauma-informed counseling for victims of crime, human trafficking, domestic and sexual violence survivors, restorative justice mediation, social justice facilitation and education, racial solidarity, immigrant and worker rights organizing. She is the founder and former Executive Director of the award-winning, Boston-based MataHari: Eye of the Day, a social justice organization that supports and cultivates leadership of immigrant women and survivors of violence and labor exploitation to organize for safety and justice. While in MA, she was appointed to the Governor’s Commission on Domestic & Sexual Violence and served on the Immigrant and Refugee Committee. She served on a variety of committees and boards, including Boston Incite! Women of Color against Violence, South Asian Solidarity Network, Organizers of Color Initiative, United for a Fair Economy, the Resist Foundation. She currently serves as a national training and technical assistance consultant for the Office of Victims of Crime. After over two decades of braving the winters of New England, Carol is warmed and delighted to call Los Angeles, SoCal and PTV home.